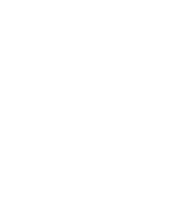 INVERSION OF A FUTURE

Inversion of a Future is a performative installation, designed for a 360° stage, investigating the experiences and aesthetics of extreme situations.

The stunt cinematic gestures — such as accidents, explosions, and falls — are conceived as a musical and choreographic composition, where uncontrolled movements are precisely crafted. Exposing mechanisms of illusion-making as a form that challenges our perception of an extreme event.

During the creation process, the artists interweave their interdisciplinary expertise to manifest an artistic playground in which sound is treated physically and movement is treated musically.

The patterns of gravitation, resistance, and repeated impact of the body against the surfaces of the installation formulate the structure of the work.

The creators conducted year-long artistic research supported by the Berlin Senate, Fonds Darstellende Künste, and DockART. During the research, the team of artists explored the art of stunt work within the walls of various theatres and film productions in order to fully immerse themselves in the details and nuances of this complex work.

Inversion of a Future invites you to a memoir about the inevitability of physical experiences, reflecting upon humans’ everlasting fragility. It offers a dystopian perspective on the concept of resilience as an increasingly central idea in today’s culture.

In the not too distant future, replactions will be a part of our society, our organs, our cells. Our identity will be a shared variation of its origins, the mission to embody another being will become the destiny of many. Our desire for the impossible extremes will delegate our physical realities to experts – who will be the chosen ones? And where does fear and sensation settle in the future?

Inversion of a future is an artistic research connecting music, dance, and stunt craft.

It aims to bring cinematic stunt doubles into a performative foreground in order to speak about survival instincts in the digital era. We investigate the world of stunt-craft in theater and film, to highlight the relationship between illusion and reality, dive into the future of replication and cherish the embodiment of physical extreme situations.

It comprises theoretical readings, online video research, interviews with stunt people and other relevant professionals as well as physical and musical experiments in the studio.

The goals of the research are to develop a contemporary artistic language between sound, movement and stunts and to merge these three fields as means for story telling about the future, doubles and fear. During the project we will gather intellectual and aesthetic material to advance stunt work in contemporary artistic contexts and develop new musical-movement materials for stunt performers. Ultimately the research result will serve the creation of a live performance.

This year long research was supported by the Berlin Senat and the Fonds Darstellende Künste and DockART starting in April 2020.

In collaboration with artist and stuntwoman Helga Wretman